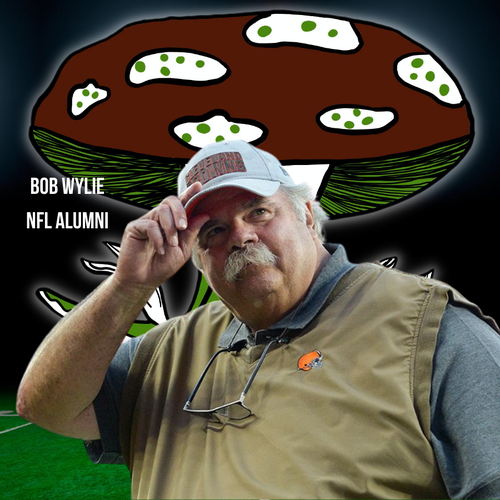 Talks covered by this speaker

2021 Clinic Replay -What Do You Tell Them When the Ball is Dead? Bob Wylie

Have you got yours yet?

Our All-Access Passes are a must if you want to get the most out of this event.

Bob Wylie, who has more than thirty (30) plus years of pro football experience was named the Oakland Raiders offensive line coach on February 1, 2011. During his first year with the Raiders, the offensive line improved from 29th in the NFL in 2010 to 4th in 2011 in total sacks allowed and 7th in sacks per pass play. The line also improved in rushing yards from 3.1 yards on 1st down to 4.9 yards and had the leading rusher up to the injury which sidelined RB Darren McFadden. The Raiders finished the season ranked 7th in total rushing yards, 6th in the number of 10+ yards rushing plays, 2nd in the number of 20+ yards rushing plays, tied for 3rd in rushing plays of over 40 yards and tied for 8th in rushing plays over 50 yards. In addition, the Raiders offensive line cut QB hits in half going from 121 QB hits in the 2010 season to 62 QB hits in 2011. The line was 91% efficient on the Goal Line and 86% efficient in short yardage. The Raiders were first in 2 minute offense scoring points, giving up just 2 sacks in the process. The line only gave up 12 out of the 25 sacks in 2011.

The Offensive Line received the Madden Protectors Award in week 6 for their performance against the Cleveland Browns and rookie guard Stefen Wisniewski was named to the PFW All Rookie Team. They also paved the way for RB Michael Bush to rush for 977 yards and 7 touchdowns.

Prior to his position with the Raiders, Wylie was one of the line coaches for the Denver Broncos (2010). With the Broncos, they ranked sixth in the NFL, averaging 4.7 yards per carry, during the second half of the season. The club's second half rushing yards per game improvement of 58.6 yards per game ranked second in the league. Wylie joined the Broncos after working as an offensive line coach in the Canadian Football League with Saskatchewan (2009) and Winnipeg (2007-08).

Believed to be the only coach in CFL history to appear on two (2) Grey Cup teams within his first three (3) years in the league, Wylie coached players to All-Star appearances at every offensive line position (tackle, guard and center) in the CFL.

Despite four (4) starters missing significant portions of time. Wylie's offensive line with Saskatchewan in 2009 helped the club rank near the top is several offensive statistical categories en route to winning the Western Division title in 33 years. His effort with the Roughriders followed two (2) years coaching a Winnipeg offensive line that allowed the fewest sacks in the CFL from 2007-08, leading the league in '07 and ranking second in '08 while using Fourteen (14) different starters over the stretch.

Before coaching the offensive line at Syracuse University from 2005-06, Wylie spent eight (8) consecutive years coaching in the NFL. He instructed the Cardinals offensive line in 2004 with his unit blocking for the NFL's all time leading rusher, Emmitt Smith, during his final pro season. From 1999 to 2003 Wylie coached the Chicago Bears offensive line and helped the club allow an NFL-low 17 sacks in 2001 that propelled the team to an NFC Central title. Bears center Olin Kreutz earned three (3) consecutive Pro Bowl selections (2001-03) under Wylie while tackle James "Big Cat" Williams was named to his first Pro Bowl of his career in 2001.

Wylie's offensive line also helped Chicago running back Anthony Thomas earn Associated Press NFL Offensive Rookie of the Year honors after he rushed for 1,183 yards in 2001. Thomas' effort marked the seventh time a player totaled at least 1,000 rushing yards in a season with Wylie on staff.

From 1997-98 Wylie was the Bengal tight ends coach and over saw a group that blocked for running back Corey Dillion, who broke the NFL single game rushing record, during his consecutive 1,000 yard rushing seasons. He had a one year stint as the University of Cincinnati's offensive line coach in 1996, a year in which the Bearcats led the Conference USA in rushing and featured four (4) linemen who earned postseason honors, including tackle Jason Fabini. Fabini was one of five players coached by Wylie selected in the NFL Draft.

Wylie's NFL coaching career began with a two (2) year stint as the Jets tight end coach from 1990-91. Before entering the NFL coaching ranks, Wylie coached for ten (10) seasons at the collegiate level, handling offensive line duties at Brown University from (1980-82), College of the Holy Cross (1983-84) Ohio University (1985-87), Colorado State University (1988-89). At CSU, he worked under NCAA Hall of Fame Coach

A native of West Warwick, RI, Wylie was a teacher and administrator in his hometown from 1973-80. Wylie played linebacker at the college level in Colorado for three years before transferring to Roger Williams College, where he received a bachelor's degree in American Studies.

National Football League Assistant Coaches Association. Wylie received the NFL's Extra Effort Award in 2001 for his work with Chicago-area youth. He is also the organizer of the Annual Offensive Line Clinic that takes place in Cincinnati and features some of the nations top offensive line coaches. The clinic has run for forty (40) consecutive years. Wylie was also featured on NFL Films Hard Knocks in 2018.

Wylie is a licensed pilot, amateur magician and accomplished musician.

Sent from my iPhone

Your logo could go here!

If you'd like to get your brand in front of Attendees following the categories this speaker is talking about (on this page, via email and during each talk) contact us.

This website (and some of its third-party tools) use cookies. These are important as they allow us to deliver an exceptional experience whilst browsing the site.

By clicking 'Accept', you agree to the use of cookies.